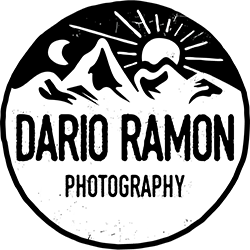 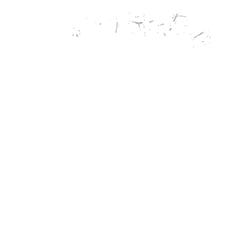 Towards the end of the wedding season, I was allowed to accompany Jenny and Micha at their romantic barn wedding on the Swabian Alb, more precisely near the spa town of Bad Urach. The beautiful truss, the spacious horses and the simply furnished rooms immediately reminded me of my childhood, in which we often went on holiday on the farm. Even beforehand, I had met Jenny and Micha on the estate called Hofgut Uhenfels to get a better impression and properly plan the barn wedding. We took a closer look at the barn, the banquet hall and the nature around the farm. That allowed me to gather some inspiration for the wedding shoot and wedding ceremony in the barn. In bright sunshine, but still a fresh 10 degrees, we started the day. Jenny and Micha moved into two adjacent rooms. Therefore, I was able to easily switch between the two places when it was Getting Ready.

The sequence of the photo shoot of this barn wedding:

For the First Look, a small chapel behind the farm offered itself at this barns wedding. Old red tractors in the background fit perfectly with the motto of the barn wedding and the newlyweds came into their own perfectly. We completely took advantage of the time for the bridal shoot and alternated between different locations on the farm. Especially the pictures on a large meadow, where a herd of cows (which thankfully did not come to our attention) and the landscape of the Swabian Alb can be seen, stand out for me at this country wedding.

Before we even realized, the 60 minutes for the photo shoot had already passed. So we made our way back to the barn, where the free wedding ceremony of the two took place. The special atmosphere in the barn had already fascinated me as a photographer at the meeting before the wedding. Only small intakes in the roof allowed light to penetrate, creating a very special mood of light. While the guitarist played relaxed country songs with his lamp, all guests slowly headed to the wedding barn and took a seat on the cushion-studded hay bales. The mutual dream promise and the associated declaration of love were certainly not only for me as a photographer the highlight of the otherwise also very emotional wedding ceremony of this barn wedding. With both playing sports together on a regular basis, it was self-evident that Micha took Jenny over his shoulder after the wedding ceremony and didn’t drop off in front of the barn again until.

Country wedding according to Transylvanian tradition

After all the congratulations, joint sawing at the birch trunk and the first beer at the Schenke, the evening buffet followed. Completely following the rustic style of their wedding, Jenny and Micha had opted for a wide selection of freshly grilled items. The fairy lights already provided a romantic atmosphere there, but also later at the wedding dance. Since Micha comes from Transylvania, a bridal kidnapping was of course not to be missed. According to the original tradition, all wedding guests went in search and drove a lot of funny folk songs in the process. Of course, we found the bride in the barn shortly later. There, the groom had to face some challenges and prove that he really deserves his wife, too. After all the exams passed, the couple and the whole wedding were celebrated by guests. Since it got quite cold, we also quickly went back to the warm banquet hall, where the DJ was already waiting in the wings.

While the party was already running, many guests also used the Photo Booth I had brought for the barn wedding of the two. The action quickly developed into a self-runner. Since the guests did not feel watched by me as the wedding photographer, many funny photos were taken. Before the romantic wedding dance, Jenny and Micha cut down the gorgeous wedding cake. With a wedding waltz, the pair then rounded out the evening in full. At around 1:30 o ‘clock the evening on the farm Uhenfels slowly drew to a close for me. I had been looking forward to this barn wedding for a long time. As with any wedding, however, in the end it wasn’t the style of the wedding, but the personal bond with Jenny and Micha that was crucial. Mutual trust is so important and only possible if newlyweds and wedding photographers get to know each other extensively before the wedding.